Comic Diorama: Collected Comics
2009
Micron, Bristol
5 x 7.5 in.
"Where the River Meets the Sea" was selected as a Notable Comic for Houghton Mifflin’s Best American Comics 2011.

Comic Diorama is a collection of comics (2008-09), which continue to explore nautical and astronomical imagery, as well as darker themes such as alcoholism.

"...a haunting and beautifully designed little book that dwelled on sacrifice, dead ends and abjection. This one-man anthology featured five short stories, each of which dealt with themes related to the sea and the stars...with a scratchy line, an emphasis on moodiness, a clever decorative sense and a pitch-black sense of humor...an excellent storyteller who has synthesized a number of influences in interesting ways."
-- The Comics Journal, Comic Diorama

"...Comic Diorama hits all the right notes for a crowd accustomed to indie books. However, its engaging storytelling and capacity to quickly establish a mood make it a book fated for an audience as varied as the stories it houses."
-- Wizard Magazine's Top 50: number twenty-one Comic Diorama
PREV / NEXT   33 / 39
BACK TO COMICS 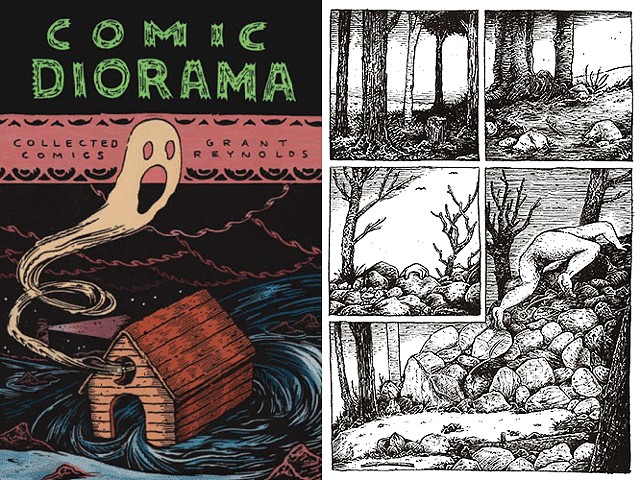